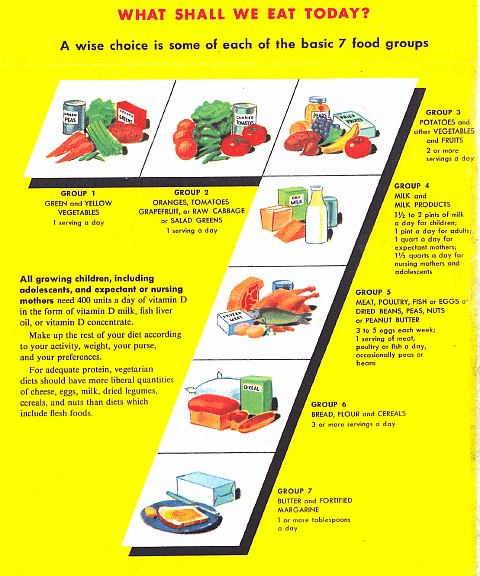 Popular description of a balanced diet in the United States has evolved from the “Basic 7” (1943), to the “Basic Four” (1956) to the “Food Pyramid” (1992), to “My Pyramid” (2005 USA) and most recently to “My Plate” (2011). In each, the foods are placed into groups aligned with their major class of nutrients, of which there are six: Vitamins, Minerals, Fats, Protein, Carbohydrates and Water. However, most foods are not comprised of a single compound, but instead multiple nutrients, which when eaten will affect multiple systems in your body. Thus, knowledge of nutritional composition is actually a better means of categorizing foods when creating a balanced diet – in fact “My Plate” takes a step in this direction by changing the previously-used meat & beans to protein.

The importance of viewing foods as multiple nutrients, instead of a single food, lies in avoiding the unintentional consumption of a disproportionate amount of a non-targeted nutrient. A good example is that of unintentionally consuming fat when eating a hamburger (as a source of protein). A quick glance at 75% lean ground beef reveals that a serving (3 oz. before cooking) yields 26% of the USRDA protein, but also yields 32% of total fat, and 40% of saturated fat. Essentially, eating this ground beef as a means of providing 100% of your daily protein results in eating 160% of your daily saturated fat. A better alternative is to select 95% lean ground beef, which when providing all of your daily protein allowance yields only 24% of your saturated fat. 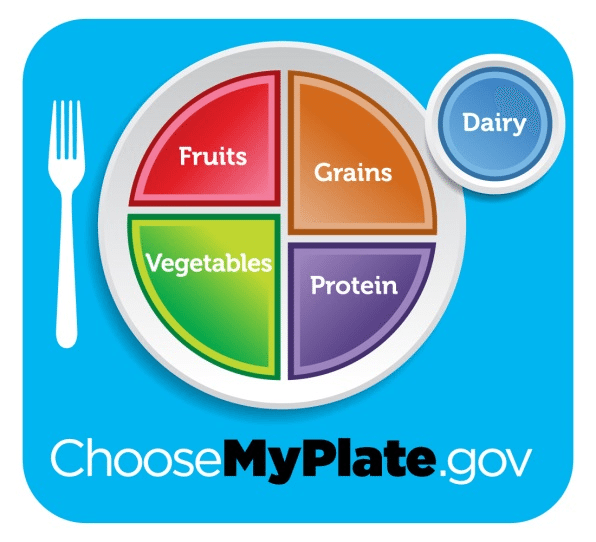 In truth, it is not too difficult to increase nutritional awareness in relation to the proportions of the major nutrient groups. Most all foods are labeled directly, or on the internet, in terms of protein, fat, carbohydrates and major vitamins/minerals. These values are particularly handy when cooking using source foods – as opposed to processed/ready-to-eat meals. An easy rule of thumb is to make sure that the top one or two nutrients in a food are, in fact, the nutrients intended to be filled by that particular food. At the same time, the other nutrients are viewed and envisioned as to how they will impact the nutrient balance of all the foods you eat at that setting. This differs from viewing foods at only the calorie level, which can throw the “Energy” components of the nutrient pyramid out of balance. For instance, pure sugars bring no nutritional value to a meal other than calories (i.e., pure carbohydrate). Considering that the other necessary components – proteins and fats – also have calorie counts, an individual may inadvertently “over-calorie” when eating the recommended amount of protein, or “under-protein” by reaching a calorie target using primarily carbohydrates. If, in fact, calorie counts are imposed, it is best to foremost establish a balanced meal – i.e., its composition satisfies the recommended ratio between the nutritional classes – and then adjust the amount of the portions.

In the end, if a food does not fulfill your criteria – being a good source of a nutrient without loading up on others – find a better or alternate source. It is also important to recognize that not every meal has to in exact balance; it is more of a daily 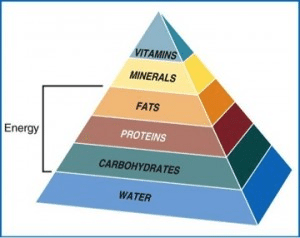 goal. If breakfast happens to be high-carbohydrate, reduce their amount at the next meal by adding in sources high in other nutrients that also have an energy component. Lastly, water is probably the most overlooked nutrient. It is also a rare example of a pure nutrient that can be consumed readily without consuming the others (or any other compounds, for that matter). As such, it serves as its own best source and can be consumed throughout the day.