Dr. Nelson is Co-founder of ExecLevel Wellness (ELW), a Phoenix, AZ based LLC, that is devoted to assisting high level professionals and entrepreneurs with their wellness by focusing on stress management.  ELW’s clientele are generally mature individuals who are “type A”, highly driven and consumed by their career, but at the same time realize the need for efficient and effective approaches to wellness as they age.

Dr. Nelson is in charge of research and development of ELW’s elite line of supplements and stress management programs. Utilizing his extensive background in Chemistry, a unique feature of Dr. Nelson’s approach is that ELW views health on more dimensions than are typically addressed by current Wellness practices. Common to all concepts of Wellness are topics such as fitness/nutrition and mind-body practices directed towards physical, mental and spiritual wellbeing. Outcomes are measured using a limited number of measurements, generally directed at such things as decreasing your weight, feeling more energetic, being more alert, improving your mood, etc. These outcomes, while substantial, only describe the net effect of the practices – i.e., they do not speak towards the mechanisms of getting healthier. The common ground of these mechanisms is the biochemistry of your body – essentially, improvements in “Molecular Wellness™”.  Molecular Wellness is the focus of ELW programs & supplements.

Before retiring in 2016, Dr. Nelson directed the Molecular Biomarkers Laboratory (MBL) at the Biodesign Institute at Arizona State University, and held the positions of Research Professor in the Biodesign and Affiliate Professor in the Dept. of Chemistry & Biochemistry. The Mission of the MBL was to “Improve human health through the greater understanding of protein behavior in healthy and disease populations”. To this end, the laboratory applied advanced mass spectrometric immunoassay (MSIA) technologies in the discovery and validation of changes in protein microheterogeneity related to disease (packaged as biosignatures), and translated these technologies and findings deeper into industry through collaborative relationships.

Dr. Nelson’s research was focused on understanding changes in biosignatures as individuals transit from healthy – to – type 2 diabetes (T2D) – to cardiovascular disease (CVD); research that was directed at integrating biosignatures into (T2D/CVD) drug discovery and was undertaken as part of a research network including the Veterans Administration, the University of Arizona and industrial strategic partners such as Thermo Fisher Scientific, Johnson & Johnson and Pfizer Inc.

Prior to joining the Biodesign Institute, Dr. Nelson founded and served as President and CEO of Intrinsic Bioprobes, Inc. (IBI), a biotechnology startup company in Tempe, AZ that specialized in MSIA technologies applied in biomarker development. IBI was acquired by Thermo Fisher Scientific in 2011, through which MSIA technologies are now available globally.

Dr. Nelson received his doctorate in Analytical Chemistry from ASU in 1990, and has published >110 peer-reviewed manuscripts, and given >100 invited talks at national and international conferences, all regarding biological mass spectrometry and biomarker development/translation. He is inventor or co-inventor on approximately 50 domestic and foreign patents covering mass spectrometric technologies and methods, and protein biosignatures related to disease. Over his career, he secured approximately $20 million in federal (NIH) and industrial funding.

I was essentially raised as a manual laborer, and spent my summers and weekends on our cattle ranch in Hereford, OR. Hereford had no school, so I spent the rest of the year in Baker City, where I played football through high school and graduated with about 100 other people.

At the end of my senior year we sold our ranch – leaving me without a vocation – so I attended Eastern Oregon State College (now University) and received my B.S. in Chemistry in 1986.

Subsequently, I moved to Tempe, AZ and attended Arizona State University (ASU) for four years, receiving my Ph.D. in Chemistry in 1990. My thesis topic was that of developing “soft” laser desorption/ionization methods for performing mass spectrometry on large biomolecules (e.g., proteins, nucleic acids) – something that up to that point in time had never been done.

Although my project worked, we were about a year behind another group that was recognized as being the first (to perform mass spectrometry on large proteins), and who subsequently received the Nobel Prize (Chemistry) in 2002. The approach is called MALDI-TOFMS (matrix-assisted Laser desorption/ionization time-of-flight mass spectrometry), and is now used in thousands of laboratories around the world, and is also the basis of microbe detection in the clinic.

Although my thesis fell a little short of being “first”, the timing of my graduation positioned me as one of the very few individuals entering the job market with any knowledge on this new topic. As a result, I was hired by a small company in Houston, TX to build the world’s first commercial MALDI-TOFMS systems. It was an interesting job, where I went from hand-building the systems – to – overseeing their production and support (this latter part kept me on the road for ~ 3-weeks a month).

For three years we were the market leader in MALDI-TOFMS sales, which assisted in the company being acquired by a global scientific instrument manufacturer. I, however, was a little burnt out, and also missed performing research using this relatively new technique – both because I was devoting almost all of my time to supporting other scientists. Accordingly, I returned to ASU, where I stayed for three years as a research scientist/visiting faculty. 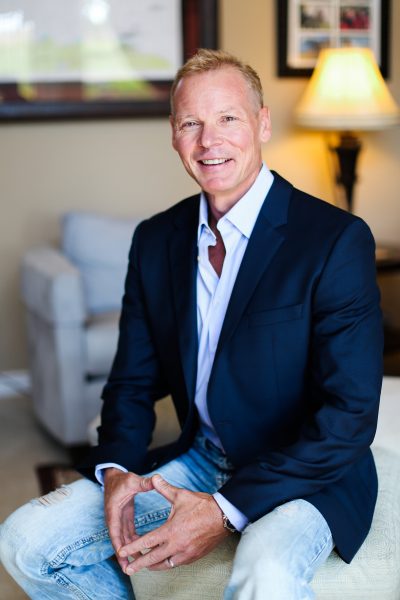 In hindsight, I view this time at ASU (and the following three years) as the most productive time of my life – it produced the intellectual property and other rudimentary requirements for a biotech startup.

At the same time, it was the poorest financially, and I worked virtually all of the time.

After three years, I split from ASU and founded a small startup company based on our technologies and research abilities.

Unlike other startups at the time, which were taking enormous amounts of capital investment way before reaching product, we ran the company in a “farm boy” mode – operating within our revenues and growing the company to profitability in a few years.

After 10 years, we had increased our head count four-fold, had stable contract revenues 3-years into the future, had set up ISO-certified manufacturing (of our base technologies – mass spectrometric immunoassay (MSIA)) and had doubled our IP portfolio.

At this time I returned to ASU as a Research Professor (all the benefits of a Professor, but I don’t have to teach) to set up and direct an advanced biomarker development laboratory. The focus of our research was (and still is) developing multi-dimensional molecular biosignatures that accurately monitor the transition from healthy – to – diabetes – to – cardiovascular event (if interested, here is a talk given in 2014). To this end, we have to date secured over $10M in research funding and formed a number of upper-level strategic collaborations for translation beyond the academic laboratory.

Through this “productive” time, fitness became first casually, and then critically important. Even though I was working all the time, I would still workout, albeit semi-regularly. Most notably is the other side of the equation – when I didn’t workout. I would fatigue much faster, not eat as well, not be as mentally sharp and was moodier.

About this time, too, is when Amy and I married and had a house built. The house had an extra single-car garage that we enclosed/air-conditioned and turned into a playroom/gym – with weights, elliptical machine, guitars, TV, etc. This gave us the opportunity to workout without having to travel about seven miles to the nearest gym, which made it easy to workout regularly (in the morning before going to work – just get out of bed, workout for ~ 30 minutes, and then shower and get on with my day).

The regularity solved much of the adverse things I was noticing, but, being ad hoc, was clearly not as efficient and effective as it could be – I would do the same workout every time. This is when Amy introduced me to Beachbody Programs, which to be honest, I was skeptical about. As it turns out, these are what I needed to complete the fitness picture.

In short, their portfolio contains over two dozen programs (targeting, e.g., general conditioning, weight lifting, flexibility, etc.), with each having 10 – 20 routines. They are set up programmatically to rotate through these routines over 3-weeks to 3-months. 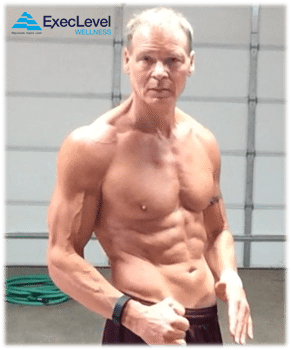 Now, remembering that I was already working out on a regular basis, there are several things I gained by using these programs. The first was that they really picked up a lot of things I was missing. Although I wasn’t working out any longer than before, the programs, by their nature, dialed-in a lot of muscle groups I didn’t work out, and also “forced” coordination/balance and cardiovascular (things I didn’t do at all).

Along these lines, they teach “form”, which I consider essential to getting the most out of any move/lift, and also requires mental engagement.

This, in turn, means that they are not boring, which (for me) leads to complacency (which is a characteristic that didn’t fit into leading my company and university research team). Moreover, after I did a few of the different programs I started to mix & match their component routines to customize my workouts in order to address areas of need. It’s pretty easy to do – after going through a couple of programs you know what each routine addresses, and can evaluate against similar routines in a different programs to find what is most effective for you. Lastly, they are portable, which when combined with knowledge of the routines in the portfolio, allowed me to construct effective workouts for the road.

Moving ahead to now, I have used this approach to fitness for the past five years. Strangely, I don’t really consider it working out; just something I do 4-5 times a week for ~ 30 minutes.

Also, even though I’ve cooked for years, and consider that we have always eaten fairly well, I’ve started to take a closer look at base ingredients – essentially moving closer to source-foods to maintain nutritional value and taste, and avoid additives/toxins.

Ironically, this is the way we ate when I was a kid, and is maybe where my upbringing and being a chemist collide.

Career-wise, in 2011 we sold my company to the largest life-science company on the planet, to assist in taking MSIA out as a commercial in vitro diagnostics platform (presently several clinical laboratories are using our technologies in lab-developed tests). At the end of this year my research programs at ASU will reach a point where I can transition out (retire) so Amy and I can split time between our homes in Phoenix and Happy Jack, AZ (a cabin in the woods) to pursue ExecLevel Wellness full-time.