The phrase “Feel the fear and do it anyway” from Susan Jeffers’ book of the same name has become a common motivational slogan but we all know sometimes it’s easier said than done.

The emotion of fear plays a major role in our lives, often at an unconscious level, impacting how we make decisions, react in important situations and treat others. It has the power to shape our overall perspective and outcome in life if we choose to let it.

As humans we’re hard-wired to be fearful. In the past when our distant ancestors were a tasty meal for predators fear was a life-saving mechanism to keep us safe because it motivated us to avoid danger.

Nowadays, although fear is still a necessary mechanism in some situations, all too often it becomes an inappropriate response that keeps us paralyzed in inaction.

Fear doesn’t discriminate. It creeps in from the earliest ages and at the most inopportune times, whether it be in our personal relationships, business, sports, passions and so much more. 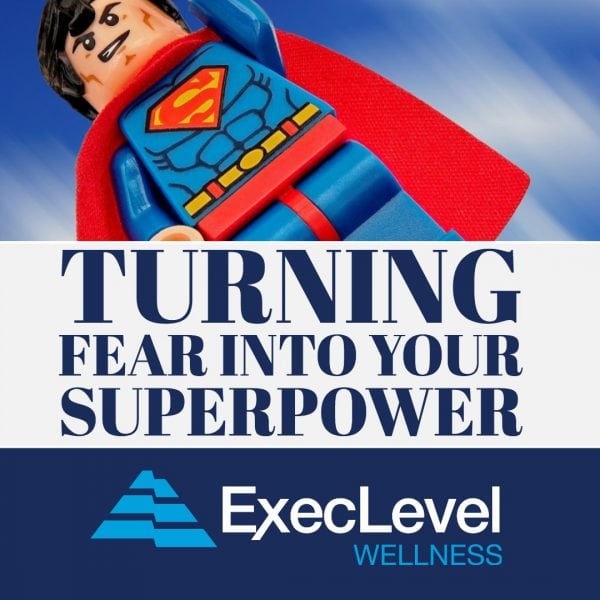 Is FEAR something to fear itself?

“I’ve developed a new philosophy… I only dread one day at a time.”

As we look at the definition of fear, you might see why Charlie was so negative.

Fear /ˈfir/ – an unpleasant emotion caused by the belief that someone or something is dangerous, likely to cause pain, or a threat.

In spite of our best intentions, fears can turn into anxieties that can sabotage so much good, so many goals, so many relationships.

According to Psychology Today, “One of the most common experiences in life is feeling uneasy about a situation, and the most common reaction to anxiety is to avoid the situation. This avoidance is self-sabotage. Think about it, have you ever walked away from an important goal because it was just too hard to face your fears?”

If you’ve ever found yourself not taking up a great opportunity, resisting making a decision that could help you, or hiding from taking control of your own destiny there’s a very real chance that fear is at the root of it.

So what can you do instead?

Psychology Today shows us a complete re-frame on fear…that it is in fact one of your Stealth Super-Powers:

“Most of us tend to think of fear as a negative, as something to be avoided. But fear can have powerfully positive effects as well. The emotion is evolution’s way of keeping us safe in the face of danger. When awakened, it can unleash abilities we never knew we had, unlocking reserves that are otherwise hidden. Fear pulls out the stops, turning the dial.”

Once we recognize that there are times when fear has positive effects (not just negative ones) we can consciously look for and use this to our advantage!

If you ever needed the motivation to overcome the biggest fears holding you back, whether it be asking somebody out on a date, starting a new business, committing to a new diet… then you need to watch this TED (Ideas Worth Spreading) video!

The video will be one of the best 15 minutes you have spent in a long time!

One of Jai Jiang’s greatest fears that held him back most of his life was the fear of rejection. But by actively doing what he feared most he overcame it!

How can you apply this in your life?

After you’ve watched the video write down three of the biggest fears you have that are holding you back in the most profound ways.

Then decide on some simple actions you can take to lean into your top fears, just like Jai Jiang did, and hit them straight between them eyes!

Here’s what you can expect as a result…

None of these perspectives on the positive and negative aspects of fear are new. Over a hundred years ago, physiologists understood that we can do better at any given goal as the intensity of the challenge increases.

I recently had a friend of mine tell me that he always tends to do better at his job when he hits “CRUNCH TIME!” I guess we now know why!

So now it’s over to you…how will you choose to intentionally dial up the intensity, tackle your fears head on, and tap into your own SUPER-POWERS?